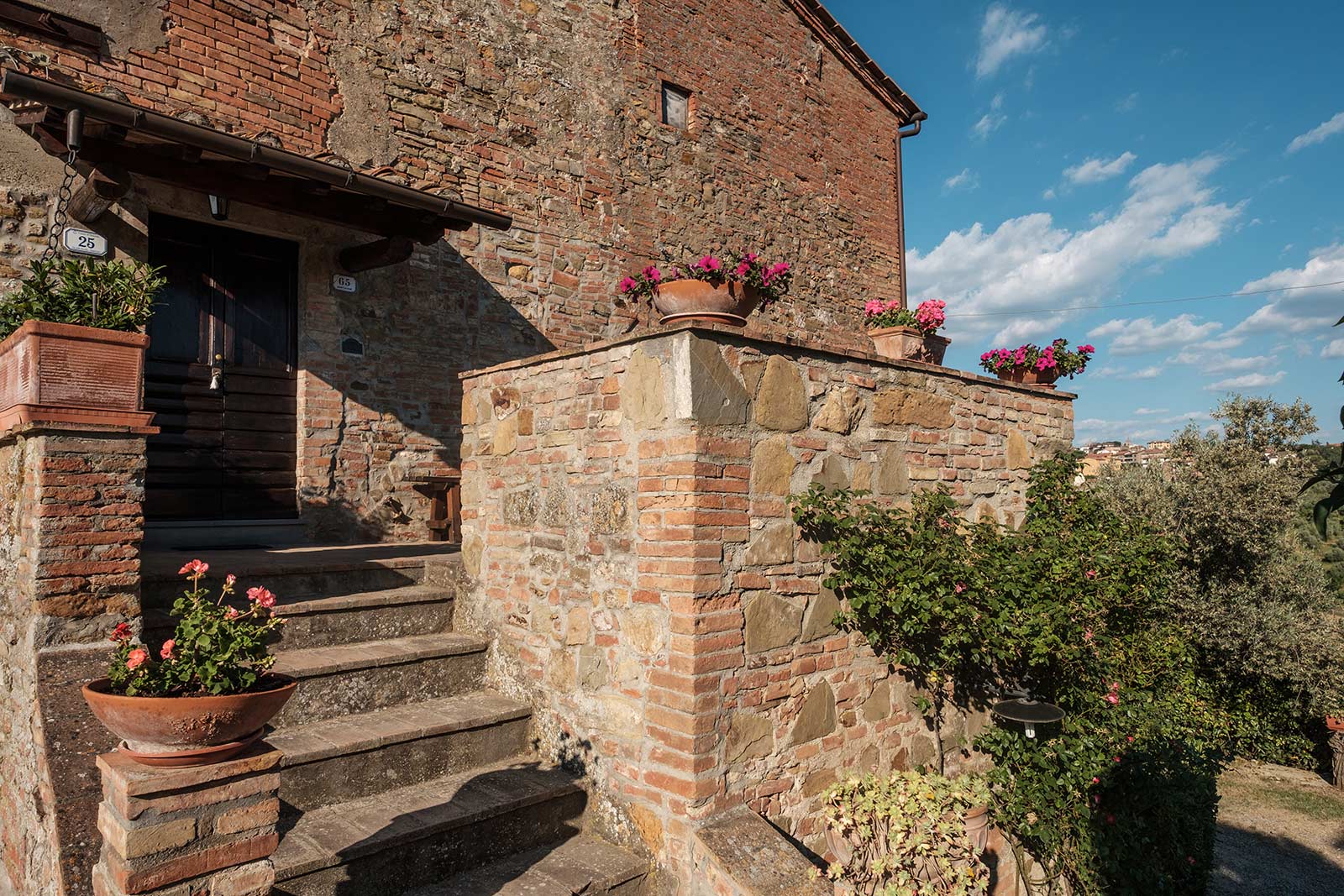 apartments in the heart of Tuscany

The apartments in Borgo Amarrante at
Montaione are loaded with history

Borgo Amarrante lies at the top of a low hill with a view almost to the sea, where breath-taking sunsets are the back-drop to a landscape iof rare beauty.

The first inhabitants of these lands were the ancient Etruscans who preferred the heights to the flatlands because this way they had fuller command of the territory. Then the Longobards arrived and, in medieval times, the nucleus of Amarrante already existed with its own lookout tower. In fact, in the Middle Ages, the ancient fortification of Amarrante occupied a strategic position for the control of the roads connecting the municipality of Montaione with other districts nearby but, more importantly, those that led to the territories under the rule of Pisa. This area was on the border between the Republic of Florence and the Republic of Pisa, notably bitter enemies.

The complex, protected by the Province of Florence as a “historical heritage”, has been restructured with great care: local materials such as stone and wooden beams have been used and the original plan has been respected so that visitors are totally immersed in the atmosphere of genuine Tuscan tradition. The ancient lookout tower lost its purpose in the XVI century with the foundation of the State of Toscana, but has now become one of the apartments in our Borgo. 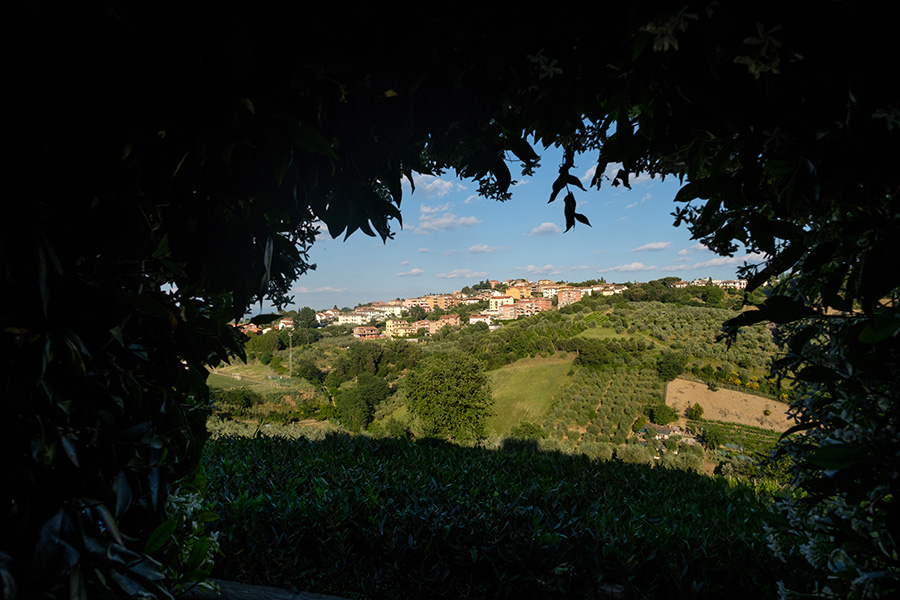 You can enjoy a stroll through the vineyards and centuries-old olive groves or rest in the sunshine by the pool, Borgo Amarrante welcomes you with unforgettable sounds, colours and fragrances. 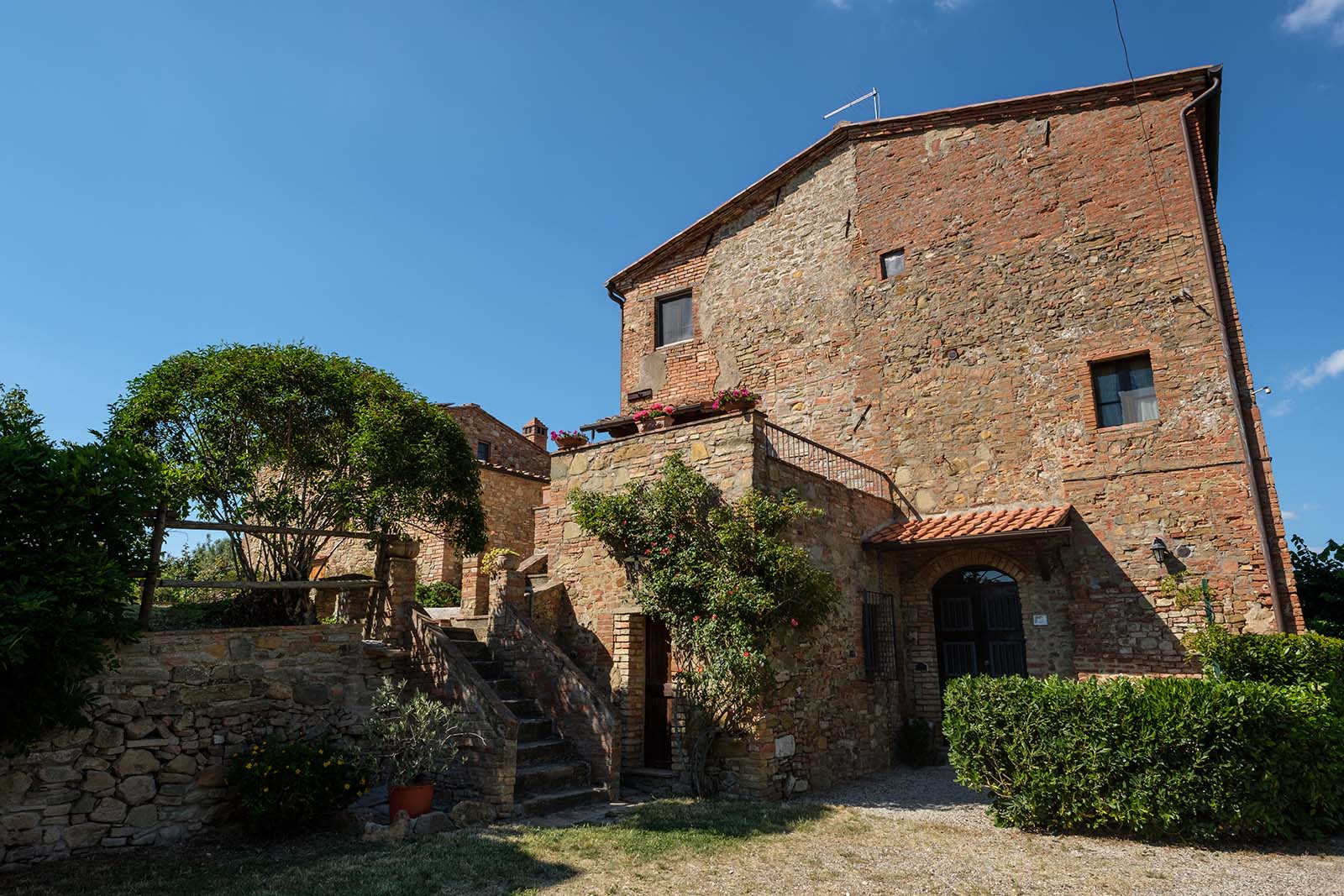 Dedicated to couples looking for the right combination of privacy and the desire for intimacy. A splendid fireplace in the living room and the independent heating system in the living room in this suggestive residence also in the winter months. 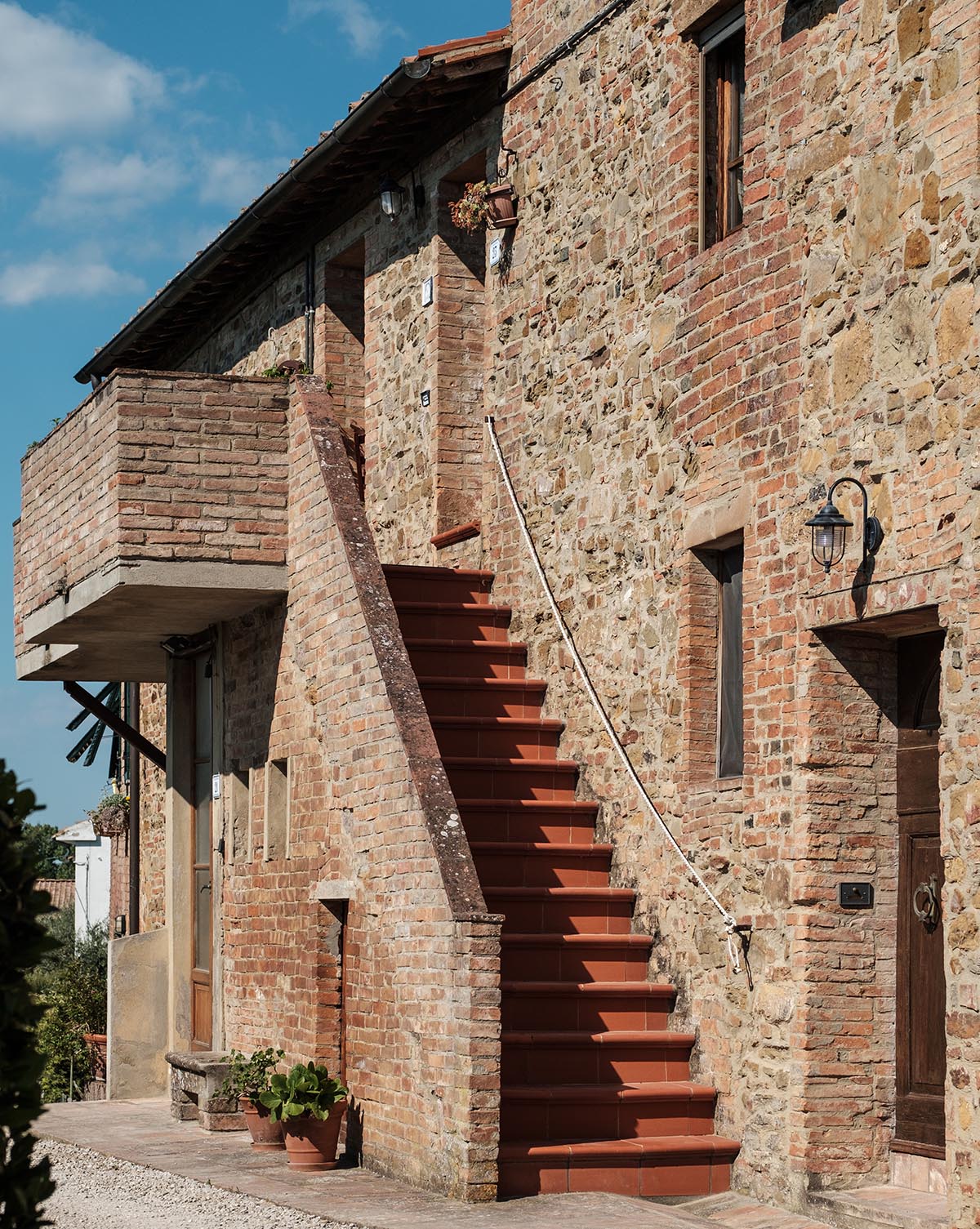 Immerse yourself in the warm atmosphere of a home built in the ancient tower of the central body of the building. The large terrace of the Torretta apartment allows you to fully enjoy the bright surrounding landscape. 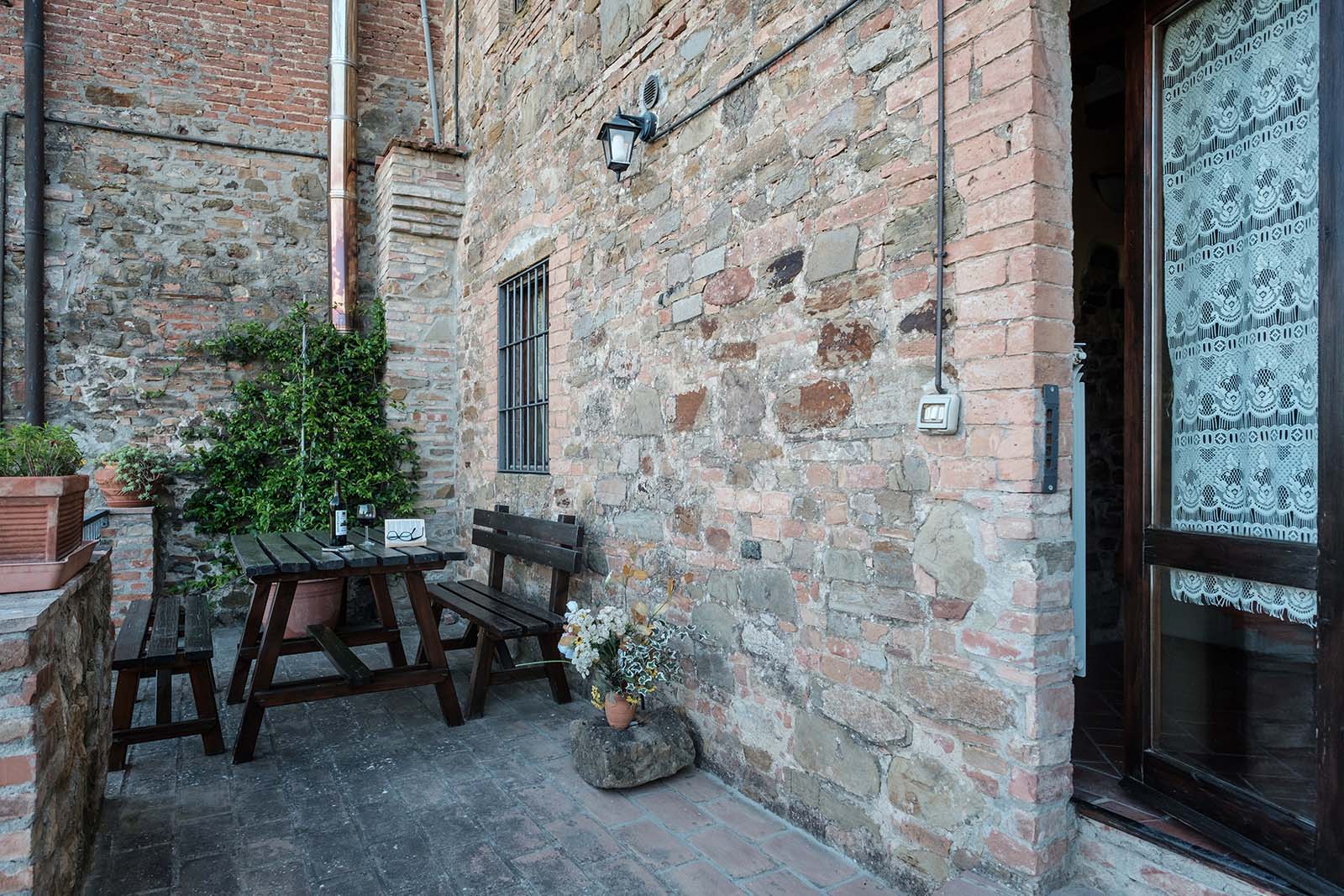 A splendid historic dwelling set in an ancient limonaia with ceilings in old wood-beamed ceilings, finely restored fixtures, delicate colors on the walls, furnishings in pure Tuscan style, antiques from the territory. 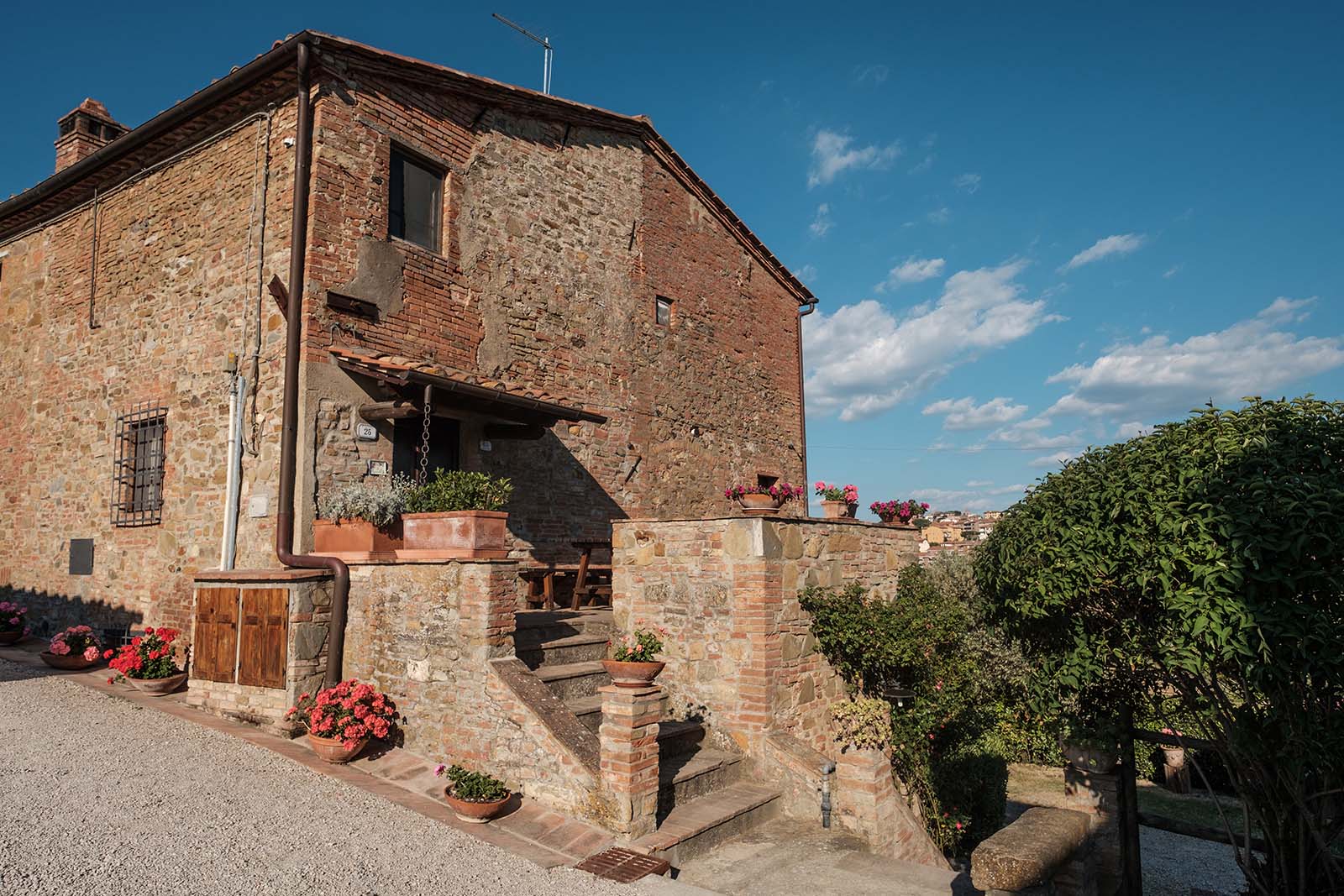 Facing onto the central square of the medieval borough, the ample and well-equipped balcony overlooks the inner courtyard, place of eternal bucolic fascination, wakening the desire to congregate, make acquaintance, converse. 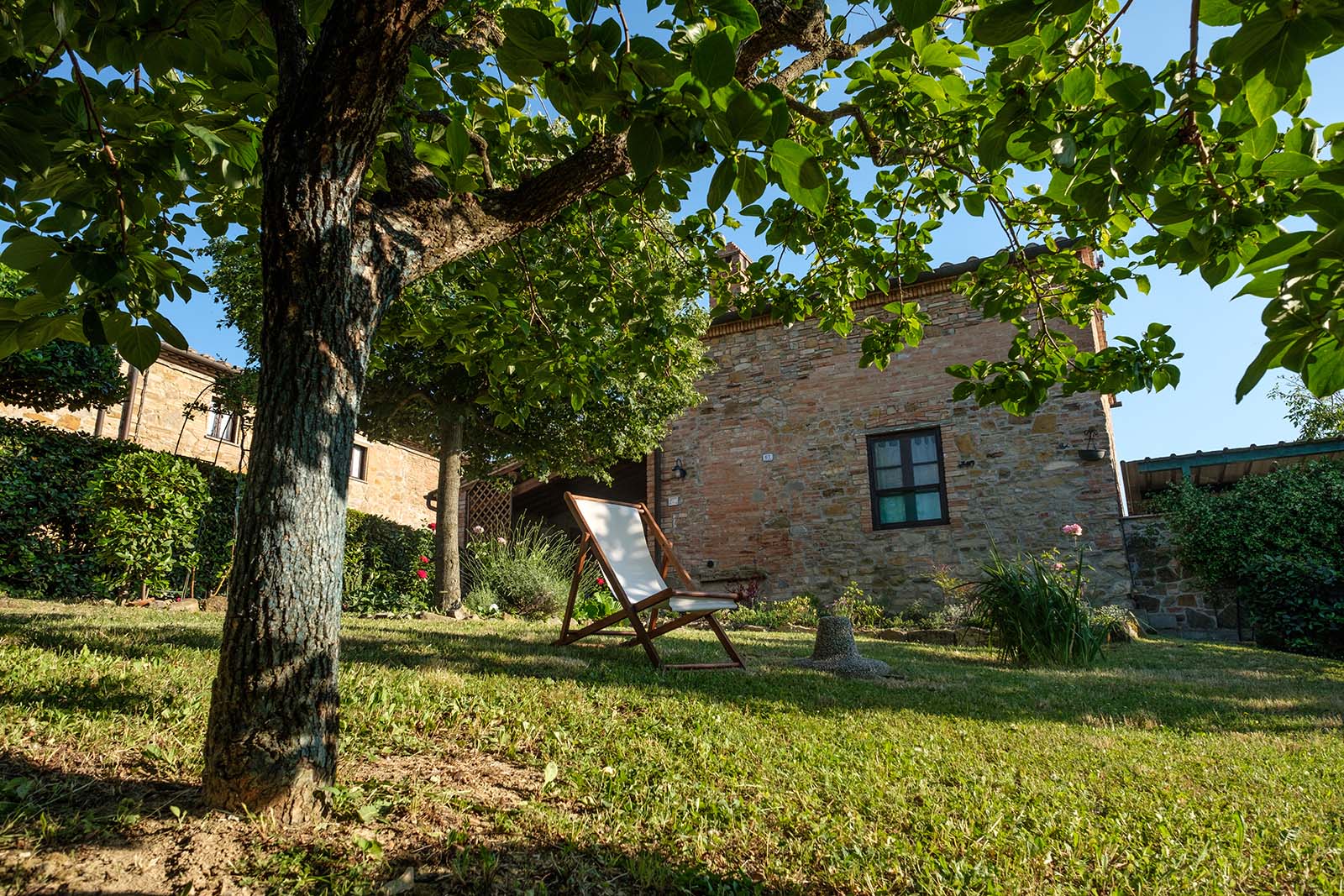 Independent dwelling with every comfort and ample private green area. The delicate harmony of the soft colors, the refined style of the Tuscan tradition, the gentle scent of the wood beams that mixes with the cool breeze of the hills that comes through the finely restored windows.